In the realisation of the new players' lounge at the Amsterdam ArenA, we were responsible for the complete process, from design to final fitting. Not only the changing rooms and the players' lounge but also the entrance towards the playing field and the press area have been renovated. 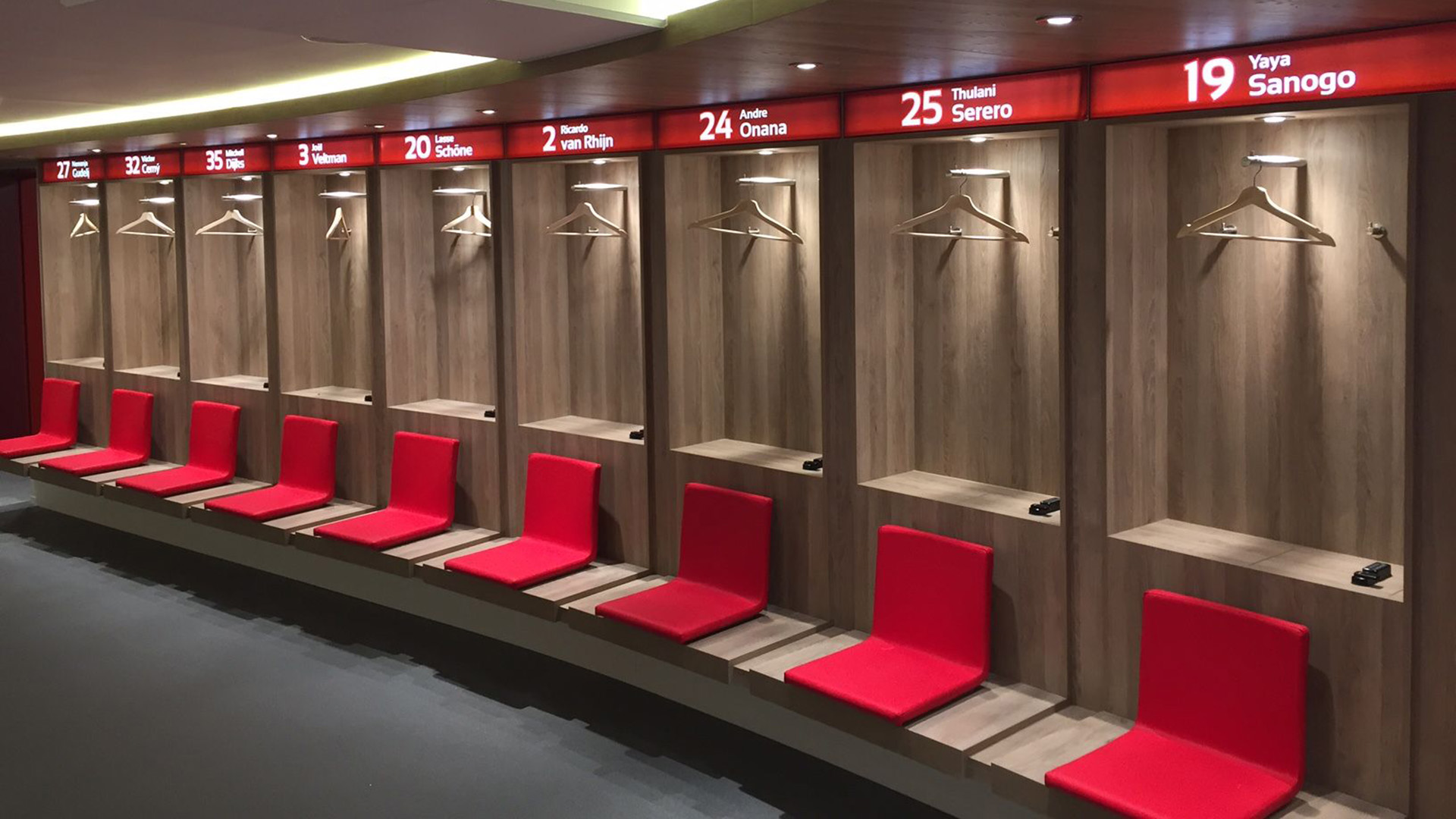 “I set high standards and Nijboer meets them”

“There was an immediate click between René Nijboer and myself, and I knew I’d found the right partner. I set high standards and Nijboer meets them.

I brainstormed on the suitable interior for our players’ lounge together with the architects, and received plenty of support when making important choices. Admittedly I felt the final design to be a bit daring, but it exceeded all expectations in the end, and I’m extremely satisfied. Nijboer was very flexible and worked hard. Thanks to good preparation beforehand in the workshop, the fitting process ran smoothly and quickly.” 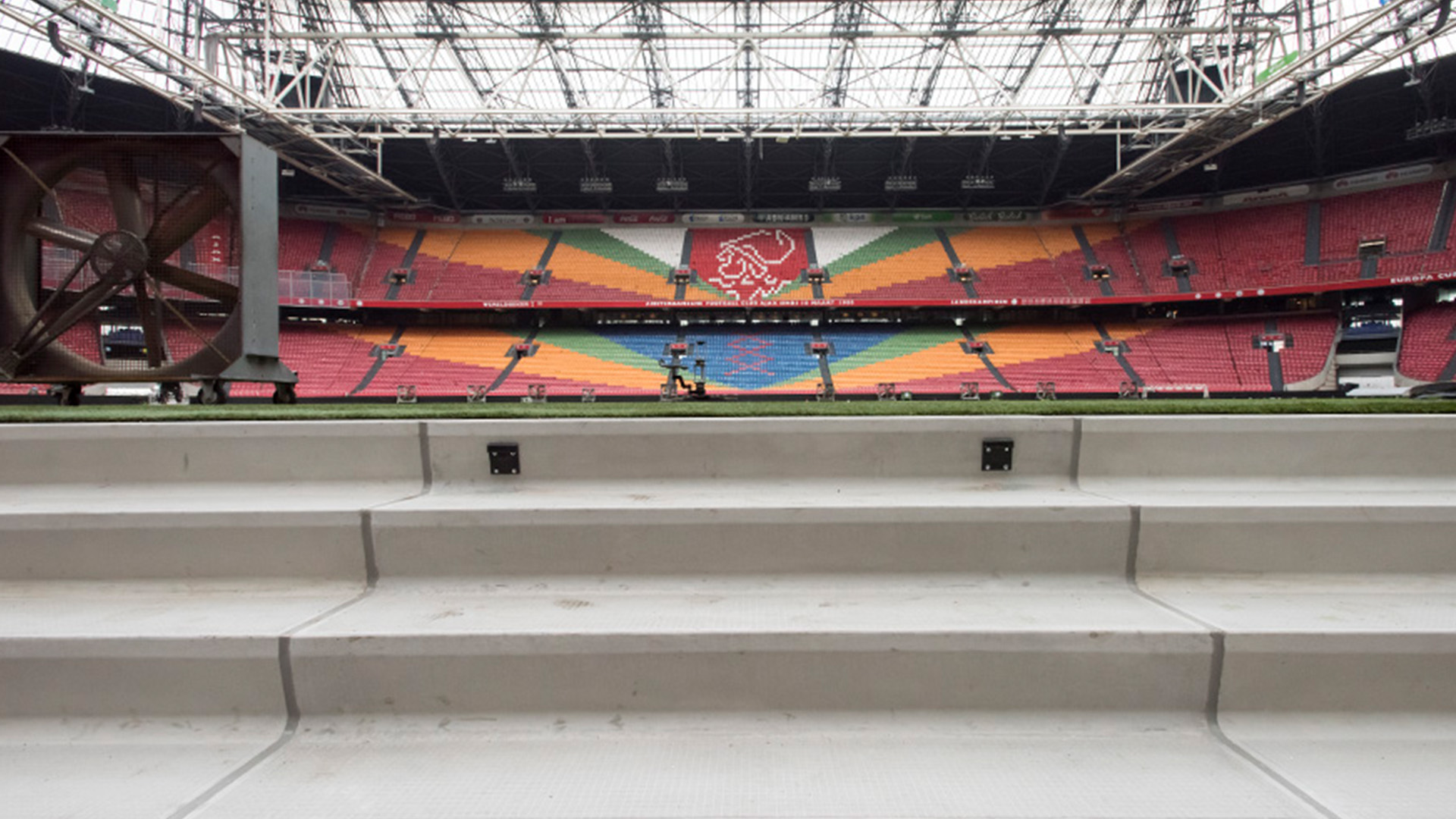 ‘That’s what we’d like, but then a bit better looking.’

“They describe what they want, and we can identify any pitfalls.”

“When embarking on such a project, we start by sitting down at the table with the people involved. In this case, that was the first-team squad of Ajax. They described what they wanted, and we could then identify any pitfalls. They were impressed by the look and feel of the Paris Saint-Germain changing rooms, and they’d also gained inspiration at baseball clubs: ‘that’s what we’d like, but then a bit better looking.’ We set to work with that in mind, and the first design was immediately approved. The renovation work needed to be completed within the summer stop, which gave us six weeks to complete it all.”

“Besides the changing rooms, we also designed the surrounding area and rooms. The floor features stars which stand for all championships won, just to remind the opponents of who they’re facing, on their way to the field.

Want to see more of this project?

Do you want an interior that is even more beautiful than you can imagine? Let’s make an appointment and sit down together.